Interview with our first Hack.lu 2016 Keynote: Quinn Norton, a journalist of Hackers, Bodies, Technologies and Internets.

I originally got on the net by sneaking into a university lab I had no right to be in, and using someone else’s credentials. Mostly I wrote posts on usenet groups, and hung around MUDs and IRC. I went on to be a web developer, UI designer, teacher, and system administrator, but my first love was always writing. I started blogging before it was called that, and made the jump into full-time journalism ten years ago. As the sort of person who read both literature and RFCs for fun, I came to understand the best contribution I could make was bridging technical and non-technical worlds. I still spend a lot of time keeping up with tech, largely in security and hacking, though increasingly in making and DIY manufacture. I bring that to a general audience, and then I try to listen to that general audience, and bring their needs and concerns back to the geeks.

We hear a lot about the mediagenic issues in security and privacy, like large data breaches, governmental hacking and global surveillance. But the majority of the human suffering and cost fly under the radar of most security professionals. They’re the unsophisticated attacks, the petty theft, the individual surveillance, the very local censorship. They are the day-to-day small terrors that make normal people dread the same networks they depend on to live. By overlooking the ecosystem of these small adversaries, computer security and the technology industry are squandering their best partner in fixing the big problems as well as the small - an informed, confident, and capable public.

This talk is a fun look at a hard issue, how small adversaries and digital literacy quietly affect the whole security landscape, and how we can make it better. 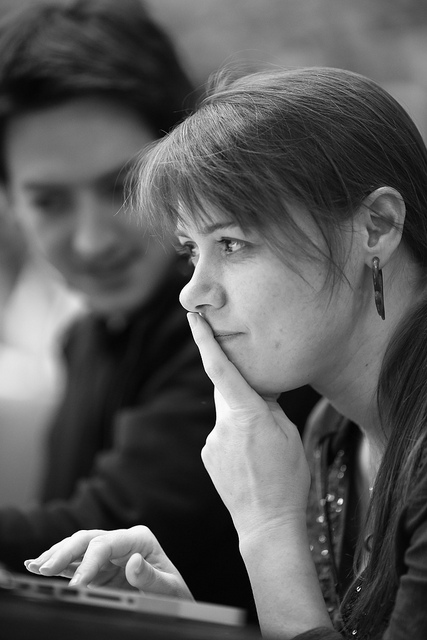